🔺 COVID-19 UPDATE
Based on services provided to our customers in the Critical Infrastructure categories,
we are classified an Essential Business based on both federal and local guidelines.
With precautionary measures in place, we remain fully operational in all facets of
our business and continue to serve our customers during this difficult time.

Why does a pump’s hydraulic performance differ from its published curve?

This is one of the most common questions about pump performance.

The answer to the question is often simple but can be difficult to sort out given the myriad possible causes. I offer the following discussion points as a guideline. 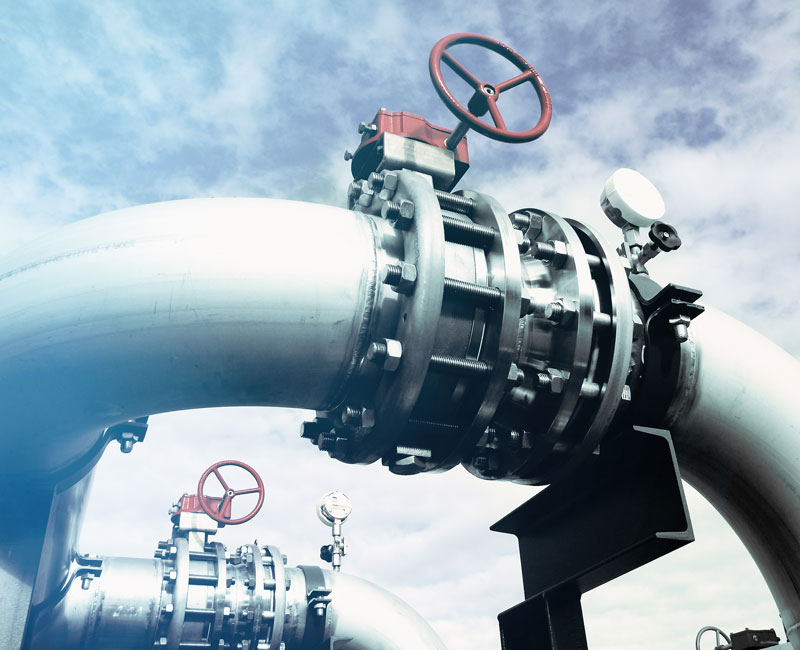 First, check for the simple things, such as a restricted suction line, and make sure the pump is primed and not air bound. Remember, you cannot vent a running pump. The lighter air will stay in the middle of the casing and the heavier fluid will move to the outside. Does the pump have the correct rotation direction? Depending on the specific speed of the impeller, a pump running backwards will deliver about half the flow and head.

In the case of American National Standards Institute (ANSI) pumps, check to see that the pump impeller clearance is properly set. Note one style of ANSI pump sets the impeller clearance to the stuffing box, while the other style sets to the casing. The pump may simply be worn out and the clearances have opened up, which will manifest as if the pump has a smaller impeller. The volute cutwater (aka “tongue”) will wear, resulting in reduced efficiency, and move the published best efficiency point (BEP) to the right on the curve. The cutwater is a pump flow regulation point and works in concert to match the volute flow to the impeller flow.

In the case of a suction lift (where the fluid source is below the impeller centerline) check for air leaks into the suction system. Remember, the fluid will not leak out, but air will leak in. In a perfect scenario, the maximum suction lift at sea level is less than 34 feet. In the real world with friction and vapor pressure, it is less. Problems are more likely at higher altitudes above sea level, with warmer fluids and with vertical lifts approaching 30 feet. Practical lifts are usually under 26 feet.

When troubleshooting malfunctioning pumps, I often find the wrong impeller has been installed during maintenance, or the correct impeller is installed at the wrong diameter.

When a pump is operated at either end of its curve, there are issues like cavitation, separation and recirculation. A manufacturer’s pump performance curve is based on pumping water at ambient temperature (usually around 68 F), a specific gravity of 1.0, a viscosity of less than 30 centipoise (cP) and the assumption that the fluid is not a slurry. When pumping a fluid other than water, the curve may need to be adjusted/corrected for viscosity. The horsepower requirements (power consumption) will be different for different specific gravities.

Sometimes overlooked, the manufacturer’s curve is typically based on a stated speed, and the actual speed in the field is different. This speed differential will happen with induction motors that are not fully loaded or properly specified, since the motor speed will typically increase at lower loads. Speed differentials can also occur due to voltage variations. Look at the motor nameplate or contact the manufacturer for full load speed and the expected percent of slip. The advent of variable speed drives over the last two decades has made the speed difference issues more prevalent. Even 30 to 50 rpm will make a difference in the pump performance.